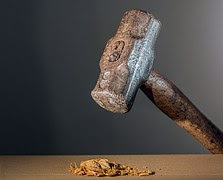 I’ve read a number of articles saying that you shouldn’t build business applications in Microsoft Access. The suggestion is that you should use a more expensive environment – an environment no one in your company has experience with so you have to hire the Access basher to build something for you. It sounds like an infomercial to me, i.e. a costly mistake! Let’s examine some of their erroneous claims…

There was a time in the distant past when Access databases would get corrupted. I am happy to say that I have not had that happen to any of my applications since the Access 2007 update. This is just not an issue anymore.

A while back I read a lot of junk news that Microsoft was not going to support Access in the future. That’s just not true. Microsoft has a huge investment in Access and they continue to pour millions more into this product. Don’t believe everything you read on the internet. Microsoft Access is here to stay.

It’s true that a lot of companies have built a little database in Access that, over time, became very popular and didn’t work any more. When more people started using the database and making changes, the company out grew the application and it had to be replaced or redesigned.

To this I say, GREAT!  Just because your kids out grow their shoes, doesn’t mean you refuse to buy them shoes. The fact that the little Access program in your company became popular indicates there was an unfulfilled need, and it was met by Access. Often the application doesn’t need to be thrown away just because your business has grown. That little program everyone relies on just needs someone with experience to help it to grow as your business grows. These improvements can be done a little each month, so that it’s not a huge impact on company resources.

By the way, this whole process of building something in Access and later replacing it with something built in C++ or for the web is very cost effective.  Many companies have a hard time describing exactly what they want and need. I’ve built applications for large companies with the understanding that what I wrote would be tossed out in a year.  All the errors in logic and design were made in an environment where changes could be made quickly and cheaply. Then, when they were totally happy with it, they wrote the new program in the expensive environment without all of the costs associated with redesign. Smart, right?!!!

Are you ready to give this great tool another chance? Want to know how you can use Microsoft Access in your business? Contact me and let’s talk.